Claire Foy may have played the Queen of England on Netflix's The Crown, but it looks like her salary wasn't equal to her royal title.

The actress, who was the show's lead for its first and second season, earned less than co-star Matt Smith, who played her on-screen husband, Prince Philip. This comes as a bit of a shock considering that Foy earned an Emmy nomination and won both a Golden Globe and SAG Award for best actress for her portrayal of Queen Elizabeth's early years.

The pay discrepancy came to light during the he INTV Conference in Jerusalem, where producer's Suzanne Mackie and Andy Harries spoke about the show during a panel.

“Asked whether Foy was paid the same as Smith, the producers acknowledged that he did make more due to his Doctor Who fame, but that they would rectify that for the future,” Variety reported.

“Going forward, no one gets paid more than the Queen,” said Mackie, according to the outlet.Last year, Variety reported that Foy was paid about $40,000 per episode.

Unfortunately, Foy won't get to reap the benefits of their new policy. For The Crown's third and fourth season, British actress Olivia Coleman will portray the Queen ten years after the end of the second season. So far, no one has been confirmed to play Prince Philip, but Helena Bonham Carter is reportedly in talks to replace Vanessa Kirby as Princess Margaret, according to Entertainment Weekly. 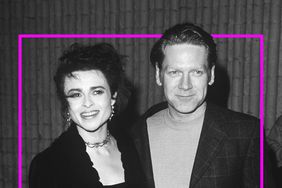