Legendary Supermodel Cindy Crawford Is Retiring When She Turns 50

Though she's never met a camera she didn't like, Cindy Crawford says she will officially retire from the modeling world when she turns 50 later this month.

She announced the big news in an interview for United Airlines’ Rhapsody magazine. “I’m sure I’ll have my picture taken for 10 more years, but not as a model anymore,” Crawford says in the magazine’s February issue. “And that’s okay. I’ve done it. I’ve worked with all these incredible photographers.” And that she has, including Patrick Demarchelier, Helmut Newton, Herb Ritts. "What else do I need to do? I can’t keep reinventing myself. I shouldn’t have to keep proving myself. I don’t want to.”

Her career story sounds like it is straight out of a movie. Small town honors student from Illinois gets found by a local photographer and soon she is starring in George Michael's quintessential '90s music video for "Freedom," alongside Linda Evangelista, Naomi Campbell, and Christy Turlington, who soon became part of the first unstopppable supermodel #girlsquad (sorry Gigi and Kendall).

From there, it was runway shows and print campaigns for major designers, and then leveraging that into hosting gigs for MTV's House of Style, workout videos and, of course, those very memorable Pepsi ads. All of this led her to being named the highest-paid model on the planet by Forbes in 1995.

To commemorate her retirement from the industry, Crawford has been working on a book for the last year, Becoming Cindy Crawford, that takes an intimate look at her epic career. "I was like, I love my job, but am I really that superficial that I just love getting my hair and makeup done and looking beautiful? And what I realized was that what I really love and am passionate about is communication," she told the magazine. "And the way that I have been communicating for the past 30 years has been through pictures."

But don't expect her to completely disappear. Crawford has many business ventures, is an avid poster on Instagram for her 993K followers, and let's not forget her look-alike daughter, 14-year-old Kaia Gerber (dad is Crawford's husband Rande Gerber), who is embarking on her own modeling career. Check out some of Crawford's vintage modeling pics she shared on Instagram recently.

We haven't seen the last of you yet, Cindy! 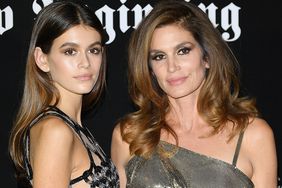 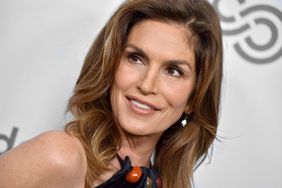 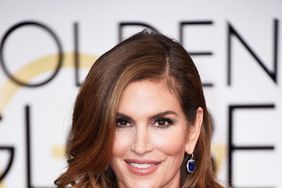 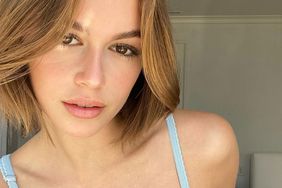 Kaia Gerber Shared Every Item in Her Daily Skincare Regimen 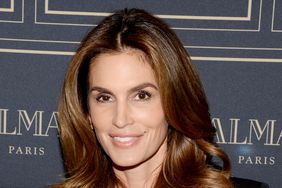 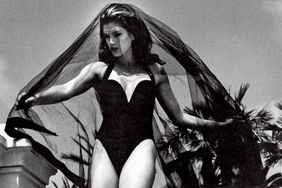 Cindy Crawford on Turning 50, Her Favorite Off-Duty Look, and What She Thinks of This Generation's Models