With the Mad Men Season 6 premiere not too far off in the horizon, die-hard fans of the show are already on the edge of their seats and in the throws of preparing for their watch parties tonight. And while the plot progression is foremost on everyone's mind, not too far behind is how everyone is going to be dressed in tonight's episode. Creator Matthew Weiner and the rest of the cast and crew infamously keep the show's timeline under wraps until the season premiere, but star Christina Hendricks (right, in a shot from the upcoming season) gave us a little hint into what we can expect. "Well, I can’t say too much about what year it is, but obviously because we know where we left off last season, we’re definitely getting to the later 1960s," Hendricks told InStyle.com at Ashlee Margolis’ Spring Soiree with Theodora & Callum. "I think you can see from [costume designer] Janie Bryant’s designs for Banana Republic that things are getting a little groovier and a little bit more mod." And there's one evolution she's particularly excited about. "I think my favorite thing about this season are the men’s clothes. The men’s clothes are really different and really great!" Ooh la la! 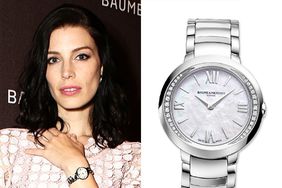 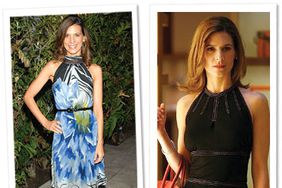 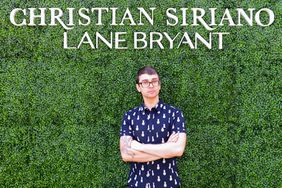