Chrissy Teigen is getting real about her post-baby body. Since giving birth to her and John Legend's daughter Luna back in April, the model turned cookbook author has been spotted out in one amazing look after another—she even rocked a crop top and denim short shorts just weeks after giving birth. And while many (including us!) have marveled at the star's super fit physique following the arrival of her little girl, the new mom says it isn't quite what it seems.

"I’m not back yet by any means," she recently told People. "I think people think that I’ve snapped back, but I really have just in fact been utilizing undergarments more than ever." Aside from exercise and diet contributing to her seemingly rockin' body, she has shapewear on her side. "I never was a Spanx person or a waist trainer person," she added. "Now I do it. It looks great on the outside, but trust me, I’m a bit soft."

And as for Teigen's appearance in Fergie's ultra-sexy "M.I.L.F. $" music video? "Everybody is talking about how we were all Photoshopped. No, latex is another being. You’ve never seen anything like it," the star says. "Latex gives where it needs to give and cinches where it needs to cinch. It’s like magic. Latex is magic."

Spanx, latex, or nothing at all, we'd say Chrissy looks pretty damn good. 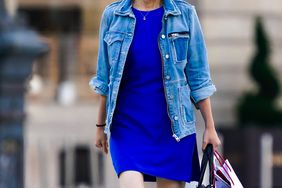 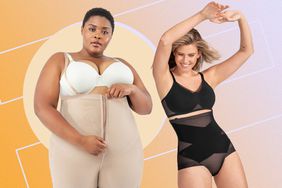 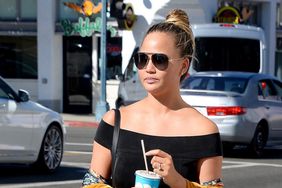 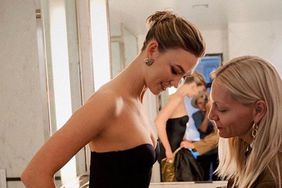