Though Chrissy Teigen just joined the La Mer family as the face of their La Mer Moments campaign, her history with the brand's iconic moisturizing cream goes way back. "My mother introduced me to it—she didn't even buy the actual La Mer pots, she'd get the samples in a plastic cup from the duty free in the airport or at the department stores, and she'd use those forever," the star tells InStyle. "When she was done, I would take the jar and scrape the sides with Q-Tips and tweezers to get it all out."

La Mer's famed creme ($170; cremedelamer.com) has been visible on the star's vanity for almost a decade, but it was when she began working with makeup artist Mary Phillips that her collection grew, as the pro introduced her to even more staples from the line. It was only appropriate that the two should join forces for the shoot, which also happened to be Teigen's first-ever beauty campaign. "Mary was the one who got me hooked on all the body creams and serums. She always has this gamut of products, and I'll always grab them out of her kit and take pictures of the bottles," she says.

Weirdly enough, the entire project may have come to fruition after an Instagram exchange with none other than Dwayne Johnson. We've always admired the supermodel's tendency to give us a glimpse at her everyday life through her social media posts, and apparently, The Rock took a special liking to an Instagram she uploaded of her travel staples. "I posted my traveling skin care routine, and The Rock had commented on it—he was like 'Oooh, you got that La Mer!' which I was excited about in the first place, but it's nice to be called and be part of a campaign where you actually love the product," Teigen says.

Not surprisingly, her obsession with the creme has rubbed off onto husband John Legend. "I get really nervous when John puts his fingers into my La Mer pot, because I know he's just throwing it on like any old lotion," she adds. "I'm like, 'Whoa, whoa, you don't need that much! It's like liquid gold, so I know you got a big face, but just a little will do.'" Check out Teigen's La Mer campaign video below, and scroll down to see even more behind-the-scenes shots from the set.

"This was a cool campaign to shoot because I was asked questions about what the Pacific Ocean and California meant to me," Teigen tells us. "La Mer was born and raised in California overlooking the ocean, and for me, growing up in Seattle, the Pacific Ocean has always been part of my life. It was really fun being able to talk about a product that feels so close to home."

"I don't really do too much to my skin aside from moisturizing and using serums," says the model, who notes the brand's new Renewal Oil ($240; cremedelamer.com) as a recent obsession. "My skin is naturally dry, so I'm crazy about oil, and I'm actually going to Brazil today, so I'll be slathering that on while on the plane. I can't wait—I'm gonna be all greasy and glowy."

Is Chrissy Teigen Forming Her Own #GirlSquad?

When asked about her favorite part of shooting the campaign, Teigen hilariously responds, "Why is my mind immediately going to the tacos they had?" All kidding aside, her first beauty campaign was certainly a memorable one. "Usually I'm just in a swimsuit or lingerie, you know, just running and jumping, but this was about skin care and beauty," she says. "It was nice to have a change of pace and talk about my skin care routine, because there's nothing more important than taking care of your skin."

Head over to lamer.com/mylamerstory to see more fan-submitted La Mer Moments, and upload your own to Instagram using the hashtag #MyLaMerStory. 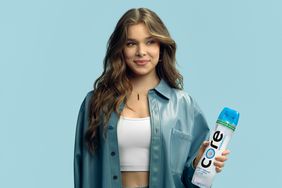 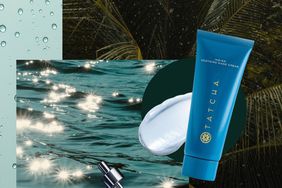 How Our Beauty Editors Transition Their Skincare Routines for Cooler Weather 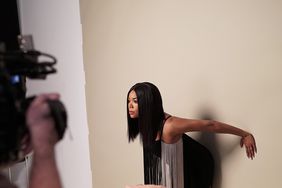 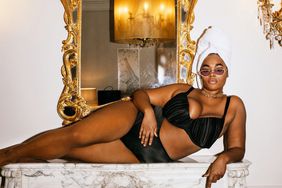 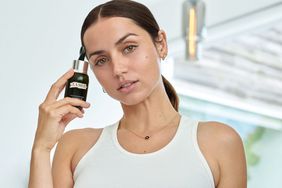