Parenthood hasn't stopped Chrissy Teigen and John Legend from having a good time with their friends. The couple attended a surprise party for Jessica Alba's 35th birthday on Sunday night, and proved that they still have no problem getting loose.

Legend took to Instagram to document the night's festivities, starting with a funny snap of the two of them sitting on the floor looking cozy—John especially so, draped in a fluffy white fur throw. "RESPECK" the Grammy-winner wrote alongside the pic.

The devoted husband followed up the silly photo with a cute smiling selfie of him and Teigen (who gave birth to their first child two weeks ago) with the caption, "Me and my baby."

The couple also had a blast in the photo booth with celebrity hairstylist Jen Atkin and director Mike Rosenthal.

Atkin spent the night blowing up Snapchat with hilarious videos of the party's star-studded guest list, including a clip of Legend rapping on the dance floor, cameos from Alba, and Teigen doing her best Axl-Rose-meets-John-Legend impression. "Celebrating @jessicaalba naturally with some 90s hip hop, a dance contest, karaoke, and me getting weird on snapchat," she captioned a video on Instagram (below). "Thx @shanidarden @mira8lee @galitlaibow @katefeeners for such a fun night!"

Alba recapped the fun night on Instagram as well, sharing a video (below) of the party on and a message to her friends and family. "Last night my friends @mira8lee @shanidarden @katefeeners @galitlaibow threw me a surprise bday party and everyone who came made me feel so love," the actress wrote. "Thank you all for a special night I will cherish forever" 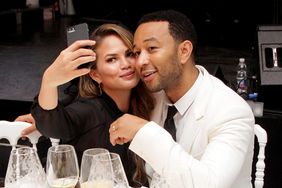 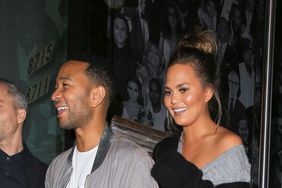 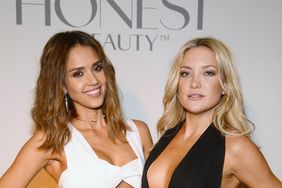