She doubled her original pledge after someone called the activists "riots and criminals."

After the tragic death of George Floyd this week, people across the country protested against police brutality, and celebrities are offering their support by directly helping those who have gotten arrested for advocating in the streets. Case in point: Chrissy Teigen.

On Saturday, Teigen pledged to donate $200,000 to bail out protestors "in celebration of whatever the f— maga night is," referencing an earlier tweet by Donald Trump. She doubled her initial donation of $100,000 after a Twitter troll called the advocates "riots and criminals." "Ooo they might need more money then. Make it $200,000," she replied.

Following her announcement, the model was criticized by Trump supporters, but in typical Teigen fashion, she swiftly shut them down. "Timeline a maga shit show. Oh f—in we'll," she wrote about the backlash, before adding: "Anyhow f— trump and keeping going. Be safe, stay hydrated, wear your mask and again, f— Donald Trump."

Teigen signed off with a note about the importance of the upcoming 2020 election, writing: "And KEEP THIS SAME ENERGY WHEN YOU VOTE. The worst thing that could happen is this all happening for nothing."

Meanwhile, other celebrities — including Jameela Jamil, Steve Carell, Seth Rogan, and Janelle Monáe — have donated to the Minnesota Freedom Fund, a nonprofit that helps pay bail for people who can't afford it on their own. 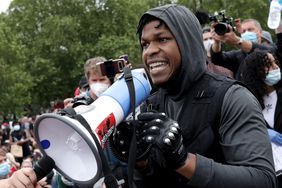 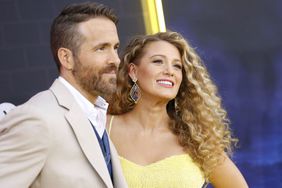