"Calling my kids Petri dish babies or making up flight manifests with my name on them to 'Epstein island,' to justify someone else's disdain with me seems gross to me so I'm gonna take a little break."

Over the weekend, a Twitter feud overtook my (and maybe your) timeline. Everyone had something to say (EVERYONE) and the plot twists kept coming.

It all began when an interview with chef/food writer/influencer Alison Roman was published by The New Consumer. Roman innocuously retweeted the article from the outlet’s Editor-in-Chief Dan Frommer on Thursday — nothing to see here, folks! But ah, people had read it …

In the article, Roman opens up about projects she has in the works — a TV show, a capsule collection — but she insists she has exacting standards when it comes to the ventures she takes on. “I would not ever want to put anything out into the world that I wouldn’t be so excited to use myself,” she says. But then, she takes it a step further. Roman, a white woman, illustrates her point by referencing two Asian women in the lifestyle sector: Marie Kondo and Chrissy Teigen.

“Like the idea that when Marie Kondo decided to capitalize on her fame and make stuff that you can buy, that is completely antithetical to everything she’s ever taught you … I’m like, damn, bitch, you f—king just sold out immediately! Someone’s like ‘you should make stuff,’ and she’s like, ‘okay, slap my name on it, I don’t give a shit!’”

She went on to skewer Teigen: “Like, what Chrissy Teigen has done is so crazy to me. She had a successful cookbook. And then it was like: Boom, line at Target. Boom, now she has an Instagram page that has over a million followers where it’s just, like, people running a content farm for her. That horrifies me and it’s not something that I ever want to do. I don’t aspire to that. But like, who’s laughing now? Because she’s making a ton of f–king money.”

And then came the reactions:

And then came the responses:

Finally, there was an apology (sort of?):

“I want to clarify, I am not coming for anyone who's successful, especially not women. I was trying to clarify that my business model does not include a product line, which work very well for some, but I don't see working for me.”

The next wave of attention came when Twitter’s Queen, Teigen herself, weighed in on the controversy. "this is a huge bummer and hit me hard,” she wrote. “I have made her recipes for years now, bought the cookbooks, supported her on social and praised her in interviews. I even signed on to executive produce the very show she talks about doing in this article.”

“I didn't ‘sell out’ by making my dreams come true. To have a cookware line, to get to be a part of that process start to finish, to see something go from sketch to in my hands, I love that.”

“I genuinely loved everything about Alison,” she went on, “Was jealous she got to have a book with food on the cover instead of a face!! I've made countless NYT recipes she's created, posting along the way.”

“I don't think I've ever been so bummed out by the words of a fellow food-lover. I just had no idea I was perceived that way, by her especially. And Marie, too. Marie is awesome.”

“It has been crappy to deal with this all day but I couldn't not say something. I know the actual tears I put into the work I do and it's really hard to see someone try to completely invalidate it. Someone I really liked.”

“there are many days I cry very hard because cravings, the site, is our baby we love to pump content onto. we do this work ourselves, and there is NO monetary gain yet. it is just work work work and the reward is you liking it. so to be called a sellout....hooooo it hurts.”

And the final, crushing blow: “anyhow. now that that's out there, I guess we should probably unfollow each other @alisoneroman."

After Teigen entered the conversation, Roman apologized directly, writing, “Hi @chrissyteigen! I sent an email but also wanted to say here that I’m genuinely sorry I caused you pain with what I said. I shouldn’t have used you /your business (or Marie’s!) as an example to show what I wanted for my own career- it was flippant, careless and I’m so sorry”

“Being a woman who takes down other women is absolutely not my thing and don’t think it’s yours, either (I obviously failed to effectively communicate that). I hope we can meet one day, I think we’d probably get along.”

But the internet wasn’t about to let Roman off so easily.

Amid the drama, there was another facet of the interview that Twitter latched on to. Below Roman’s initial critique of Kondo, she said, “That’s the thing — you don’t need a ton of equipment in your kitchen to make great food. ‘For the low, low price of $19.99, please to buy my cutting board!’ Like, no. Find the stuff that you love and buy it. Support businesses and makers. It feels greedy. Unless something just simply didn’t exist that I wish existed, but that would make an inventor, which I’m not.”

Many perceived the “please to buy my cutting board” portion as Roman doing a racist impersonation of the Japanese lifestyle expert. Roman explained that it wasn’t, though her rationale wasn’t very clear. Frommer clarified via an editor’s note that “Alison was not mocking an Asian accent when she said that to me, and any claim that she was is incorrect.”

Anyway, after saying her piece, Teigen continued to Tweet as usual — until Sunday. “I really hate what this drama has caused this week,” she wrote. “Calling my kids Petri dish babies or making up flight manifests with my name on them to ‘Epstein island,’ to justify someone else’s disdain with me seems gross to me so I’m gonna take a little break.”

“This is what always happens. The first day, a ton of support, then the next, 1 million reasons as to why you deserved this. It never fails.” 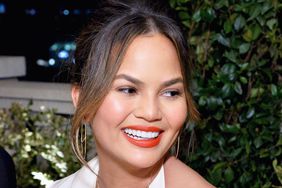 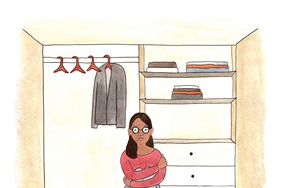