Chris Pratt and wife Anna Faris shared a very special moment that any parent could understand—their son's very first time making s'mores—and the photo is too cute for words.

On Sunday the Guardians of the Galaxy actor shared a cute Instagram post that showed 3-year-old Jack roasting a marshmallow on a stick over a fire pit in preparation for the sweet treat.

Pratt, who first made his way into our hearts as Andy Dwyer on NBC's Parks & Recreation, captioned the snap, "Roasting smores. #JacksFirst #yeah man that's the good stuff."

In an interview with GQ in December 2014, Pratt opened up about his son's premature birth 9 weeks early and how Jack's recovery changed his outlook. Faris and Pratt said they had been told that they should prepare to raise a special-needs kid, but today their little boy is completely healthy.

"It restored my faith in God, not that it needed to be restored, but it really redefined it," Pratt said. "The baby was so beautiful to us, and I look back at the photos of him and it must have been jarring for other people to come in and see him, but to us he was so beautiful and perfect."

Why We Think Chris Pratt Is the Perfect Indiana Jones

Considering summer is just right around the corner, we're wondering if s'mores night is going to become a weekly tradition at the Pratt-Faris house. 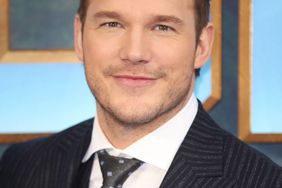 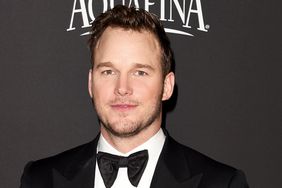