Prepare yourself for a cuteness overload, because little Jack Pratt has hit the red carpet.

Jack is the son of star couple Chris Pratt and Anna Faris, and he's their most adorable doppelgänger. While the 4-year-old has made plenty of appearances on his proud parents' social media accounts, on Sunday he made a rare red carpet appearance.

Jack joined Faris for the Emoji Movie premiere in L.A., where the mother-son duo had their photo posing down to a science.

The young boy wore a blue polo with a rainbow-patterned tie and black shoes with smiley faces on them (extra appropriate for this movie). His mom wore matching red-and-black-patterned separates made up of a crop top and a flared skirt.

While Chris Pratt wasn't able to make this premiere with Faris, we think Jack did an excellent job filling in. We hope we'll get to see his stylin' ties on more red carpets in the future. 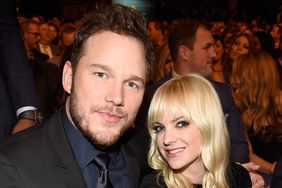 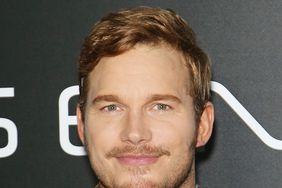