Cher Is Returning to the Big Screen in Mamma Mia! Sequel

Cher is returning the big screen! The iconic singer and Academy Award winner will join Meryl Streep and Colin Firth in the upcoming Mamma Mia! sequel, Here We Go Again, and we couldn't be more excited.

To tease her first big screen role in seven years, Cher took to her Twitter account to share a photo of a pair of silver star-print boots. She simply captioned the Tweet with a kiss emoji. While that's not much information to go on, we have high hopes for her role—she is Cher after all.

Aside from Streep and Firth, many of the stars from the 2008 film will return, including Julie Walters, Christine Baranski, Amanda Seyfried, Dominic Cooper, Pierce Brosnan, and Stellan Skarsgard.

This will be Cher's first role since Burlesque, which hit theaters in 2010 and starred Christina Aguilera, among others. No release date has been officially set for the film, but we already know we'll see it in theaters. 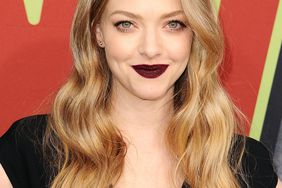