Sophia Amoruso's rags-to-riches story of going from dumpster diving, college dropout to CEO of a million-dollar fashion company does seem like it was made for television. Luckily, someone was smart enough to realize that and her name is Charlize Theron. The Academy Award-winning actress and producer is developing Amoruso's best-selling career advice book #Girlboss to a comedy series for Netflix, according to Variety.

#Girlboss tells the story of Amoruso's unconventional rise—she also hitchhiked and shoplifted—to 27-year-old CEO of Nasty Gal, along with a lot of blunt and often hilarious career advice. For example, in the book she writes that you should not expect to get promoted after one month at a company, no matter how amazing you are. She says this is a common problem among millennials. "If you're a #GIRLBOSS, you should want to work harder than everybody else."

Theron will be working on the project along with Pitch Perfect and New Girl writer Kay Cannon, who will also serve as showrunner. Cannon will executive produce along with Beth Kono, Laverne McKinnon, and Amoruso.

This is Theron's second project in development at Netflix with her production company Denver & Delilah. 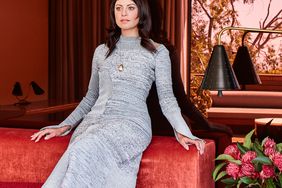 How Girlboss's Sophia Amoruso Started Over After Bankruptcy and Divorce