It looks like Chad Michael Murray will be celebrating Father's Day for the frist time this year—the actor and his wife Sarah Roemer have welcomed a son. Murray announced the news with a series of tweets Sunday on Twitter:

The former One Tree Hill actor and Roemer met on the set of Chosen and have been dating since 2014. Murray announced back in January that not only had they secretly wed, but they were expecting their first child together. Congratulations to the growing family! 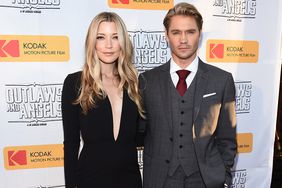 Chad Michael Murray and His Wife Are Expecting a Daughter