They don't call Disneyland the Happiest Place on Earth for nothing.

Celine Dion and her twins were all smiles as they celebrated the boys' sixth birthday at Disneyland Resort Saturday, with the family taking a moment to strike a pose with Mickey Mouse.

Their mom, who pulled her hair back in a bun, also sported a casual look in a gray top, white jeans and the same high-top sneakers her sons were wearing.

I'm Still in Love with Him": Celine Dion Reveals She Has Only Ever Kissed Her Late Husband René Angélil

Fans who spotted Dion and her twins at Disneyland flooded social media with photos that showed the songstress and her children enjoying the rides at the amusement park. She not only took a spin on the carousel, but threw her hands up as she rode the Dumbo ride with her kids as well.

Their trip to Disneyland marks the first time Nelson and Eddy have celebrated their birthday following the death of their father, René Angélil, who lost his battle with cancer in January.

Dion recently spoke about the effects of René's passing on her family in an interview earlier this month with CBS's Mo Rocca. "Before he left, it was very, very difficult for all of us," Dion said. "For me especially, and my children, to see the man of my life die a little bit more every day. And when he left, it was kind of a relief for me that the man that I love, the only man that I kissed, the only man that I loved." 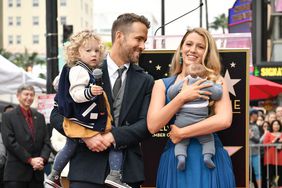