Cate Blanchett’s 2011 Oscars dress—a couture lilac gown by Givenchy—was one of the most fashion-forward looks of the evening, and Blanchett had no qualms wearing something so avant garde, despite the hit-or-miss reaction from fans after her appearance. “People get so worried about dressing for other people, but you’ve got to wear what you like,” Blanchett told InStyle this week while promoting her new film Hanna. “If people get it, they get it. If they don’t, then it doesn’t matter. There are so few houses that can afford to do couture, and since the red carpet is such a wonderful showcase, we should be celebrating that.” So what did she love most about the dress? “It was so architectural, and the breast piece is made all out of elastic,” she explained. “The color combination, I couldn’t believe it when I saw it in real life. I was tempted to wear it two ways, because if you take the top part off, it’s a really simple halter dress underneath. I thought the external piece was so unusual.” Does the transformational element mean we might see her in this again? “You could wear it again because it becomes a completely different dress, so, possibly,” she said. 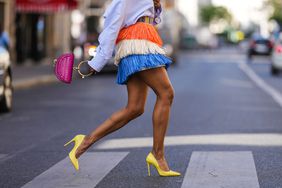 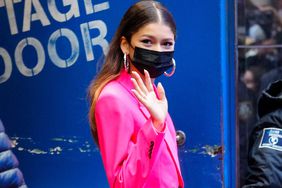 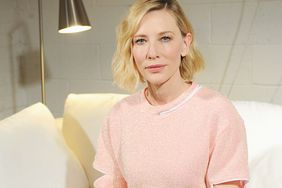 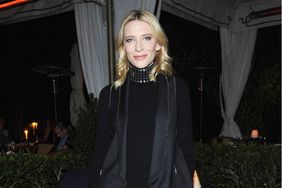