Carrie Underwood's fans make up the kind of celeb support system that rallies around the star whenever the news cycle warrants it. Or just because. Basically, they're ride or die.

They've supported her new albums. They encouraged her after an accident left her with 40 face stitches. And they can't seem to get enough of her family moments with husband Mike Fisher and their 3-year-old son, Isaiah.

But this week, the Underwood fandom was left divided after she got honest about her feelings about her own fertility and family future.

"I'm 35, so we may have missed our chance to have a big family," Underwood told Redbook candidly in its September issue. "We always talk about adoption and about doing it when our child or children are a little older. In the meantime, we're lucky to be a part of organizations that help kids, because our focus right now in our lives is helping as many kids as possible."

While some were happy she was so open, others are taking issue with the suggestion that being 35 or older means you can't have kids anymore.

Not everyone agreed, however.

It is true that having a baby over 35 isn't exactly a rarity in Hollywood, making her comment stand out among the crowd.

Maybe Underwood should take a peek at the study. Who knows, maybe she'll change her mind. 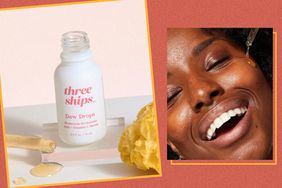 This Serum Has a Surprising Ingredient That Makes Wrinkles "10 Times Lighter," According to Fans