What happens in Cannes stays in Cannes—unless, of course, you were one of the fortunate guests at the invitation-only Calvin Klein Collection Women in Film event honoring British actresses Emily Blunt, Sienna Miller, and Rachel Weisz.

What was it like to be inside with the stars? Guests were greeted with go karts in the hilltops of Cannes that drove them to the entrance of a stunning private villa. "My flight landed three hours ago and all I want to know is who owns this place,” stated Emily Blunt of the luxurious venue that boasts a spiral glass staircase, a life-size pool, and chic white furniture that looked as if it were designed by Calvin Klein Collection creative director Francisco Costa himself.

Jake Gyllenhaal, Harvey Weinstein, Joan Smalls, and Doutzen Kroes were also among the many celebrities who attended the exquisite event. Revelers stood around and nibbled on a huge seafood buffet and truffled risotto, and took in electrifying music by DJ Harley Viera Newton and a live performance by California band Haim. "I've got my daughter here in Cannes with me, so I'm not getting as much sleep," says Sienna Miller. "That's my life—juggling work and motherhood, but events like this make it not as tough."

PHOTOS: The Best of the 2015 Cannes Film Festival Red Carpet 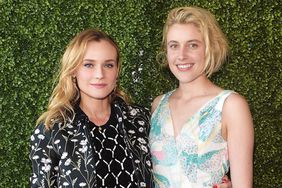 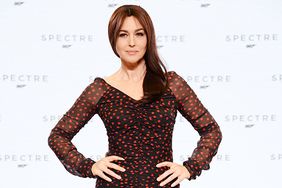 Age Ain't Nothing But a Number: In Praise of Adult Women 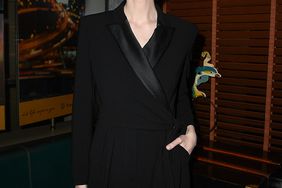