When Prince Charles and Camilla Got Married, She Was So Sick She Could Barely Move

If Kate Middleton stepping out just hours after giving birth isn't proof enough that the royal family has an uncanny ability to mask human discomfort with picture perfect photos to the point where it's almost creepy, Prince Charles and Camilla Parker-Bowles's wedding sure is. When the two somewhat controversial royals tied the knot on April 9, 2005, all looked swell in the photographs, but there were some ruffled feathers that the camera lenses didn't catch.

Vanity Fair reported that Camilla was incredibly sick when she walked down the aisle, suffering from an intense bout of sinusitis that left her so ill, her friends were worried she wasn't going to be able to get married after all.

“She was really ill, stressed," said Lucia Santa Cruz, the woman who introduced Camilla and Charles in the first place. “She literally couldn’t get out of bed."

Things got so bad that she was practically bedridden, but her sister Annabel Elliot finally managed to pull Camilla together just in time. “OK, that’s all right. I’m going to do it for you," her sister said at the time. "I’m going to get you into your clothes.”

Why Isn’t Camilla Called a Princess Like Diana Was?

By looking at the day in retrospect, it's hard to pinpoint that anything is amiss.

But hey, when it comes to the royals, that's not exactly shocking. 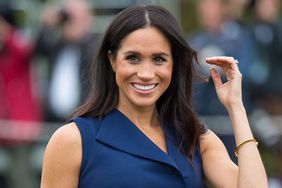 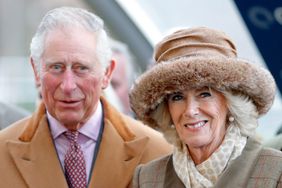