While she's making headlines with Shawn Mendes, Camilla Cabello has been quiet in other ways. Fans have noticed that her usually robust social media channels have been quieter lately and the singer — who is set to perform alongside Mendes at the MTV VMAs tomorrow — explained why she's stepped back. In an Instagram post today with a lengthy caption, Cabello said that she sees the positive aspects of sharing her life online, but she's having trouble separating all the good things from the bad.

"Really wanted to send love to everyone on here — I don't go on social media that much cause it's not good for me, and I don’t know how to not be affected by what people say on here so I just don't read it," she wrote. "But I am totally aware that I can use this platform to help people even in small ways!"

She goes on to explain that there's so much negativity online and instead of focusing on that, she's turning things around by looking at self-improvement instead of the barrage of critical comments. The "small ways" that she hopes to help people included sharing her own strategy for decompressing. In her caption, she added that she's trying meditation (and no, this was not thinly veiled Headspace #sponcon) and something as simple as deep breathing for five minutes has already made her feel better about all the anxiety she's facing.

"I used to live so much in my head, constantly trapped in my overthinking and being in my head as opposed to the present moment- and lately just going back to my breath and focusing on it puts me back in my body and back in the present and helps me so much."

Cabello's move to take a break from social media is similar to both Demi Lovato and Selena Gomez's approach. Gomez famously removed social media apps from her phone so that she had to really think about all of her posts and her interaction with the different platforms. In the wake of the Scooter Braun controversy, Lovato told her followers to "be kind" as she signed off after voicing her support of Braun, calling him a "good man" after Taylor Swift accused him of bullying her. 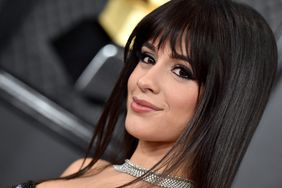