"You're gonna have to watch!"

Nobody knows exactly what the final season of Keeping Up With the Kardashians will hold, but former cast member Caitlyn Jenner says that she'd love to come back — and teased the return of another major player: Rob Kardashian. In an interview with Entertainment Tonight, Jenner said that she's very proud of what the family has done with the show and how everyone managed to parlay the fame from KUWTK into individual success.

"I talked to all the kids. I talked to Kim yesterday, I talked to them, and they have done such a magnificent job in taking that show and building their own careers outside of the show," Jenner said. "I mean, look, Kim is just such a strong businesswoman. Khloé, Kourtney, Kendall, and Kylie, they have their own careers right now, and they use that format so well that there's a million things to do."

Jenner noted that after so many years on TV, some of the family members may be ready to move on from the show, going as far as saying that KUWTK is the "best reality series ever in history." Some of the family may even be "relieved" to step away from the cameras, Jenner said.

"I think in some ways they might be a little bit relieved that it's over with, but on the other hand, it was such a great format for the entire family and we'll always miss that," she added. "We're talking over 500 episodes, 20 seasons. They built the best reality series ever in history. I mean, it's epic."

As for Rob, Jenner acknowledged that he has stepped away from the spotlight, but is primed to come back. At the very least, Jenner says that she hopes he'll return for the final season.

"Rob was an integral part for the show. He's kind of stayed out of the limelight for the last few years, which is fine, it's his own prerogative," Jenner said. "I hope during this — well, they're still shooting, I think until November, the final season — [that we'll see him]. I have seen him a lot, and the times I've seen him, he's been doing much better. I'm happy for him."

She'll always appreciate the memories, however. Jenner stated that having the show means that she has professionally produced home videos that she can watch whenever she wants.

"It's been so much fun to watch Kendall and Kylie grow up on the show. I mean, I think Kylie was, like, nine, and Kendall was 10, 11, when it started," she said. "To watch them grow up basically on camera, yeah, it's pretty sentimental. [...] I have to say, I had some of the best conversations with my children on camera. I think that show brought this family so much closer together." 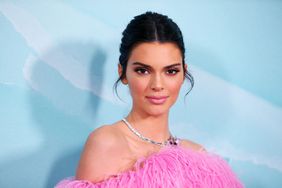 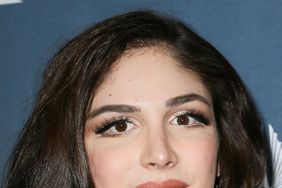