7 Things We Learned from Caitlyn Jenner's Docu-Series, I Am Cait

Caitlyn Jenner has had a busy couple of months. After introducing herself to the world on the cover of Vanity Fair, she made a surprise appearance at the Pride Parade in N.Y.C. and delivered an eye-opening speech at the ESPY Awards, all the while low-key filming a docu-series for E! following her life as a transgender woman. The hype for I Am Cait has been huge, and even though it doesn't premiere until July 26, we got a chance to see the first episode—and we're happy to report that it doesn't disappoint. It's a candid, funny, and tasteful behind-the-scenes look at her life with her family, close supporters, and Kanye West (rocking what appear to be limited-edition Yeezy Boosts, no less). Below, discover seven things we learned from the premiere.

1. She's happier than ever.

Within the first few scenes, Caitlyn looks deadpan into the camera and says, "I don't think I could be happier than I am right now, living my true identity."

After Caitlyn's Vanity Fair announcement, Kim Kardashian calls and informs her that she's in the running to break the POTUS's record for amassing the most followers in the shortest period of time, to which Caitlyn coolly responds: "Let's go for the record. I love records."

Ronda Kamihira, Caitlyn's closest friend and personal assistant, and Courtney, her hair stylist, are both responsible for beautifying her on the regular. "I've got a great support group," she says. "From that standpoint, I'm blessed."

When Caitlyn's mother, Esther, comes to visit, Caitlyn reveals that, when she was trying to choose a name, Ronda said that she's always liked the name "Caitlyn," and it was as simple as that.

5. Kylie Jenner meets Caitlyn for the first time ever via FaceTime.

In classic millennial fashion, the youngest of the Kardashian-Jenner clan sees her for the first time ever as a woman via app. After confessing she's at the dentist, and feels "a little loopy" post-operation, Kylie gushes, "You look so pretty!"

While browsing through her closet with Kim, Caitlyn tells her that DVF sent her some clothes, before pulling out a gorgeous black Tom Ford dress that she can't wait to wear. Funnily enough, Kim says that Kris owns the same one.

7. She wants to make a difference in the world.

At various points in the episode, Caitlyn says that she wants to be a leader in the trans community. In one particularly poignant scene, she visits the parents of Kyler Prescott, a transgender San Diego teen who committed suicide. "I don't want people dying over this," she says. "I feel a tremendous responsibility here because I have a voice and there are so many who don't have a voice."

Watch the trailer for I Am Cait below, and tune in for the series premiere this Sunday, July 26 at 8 p.m. ET. 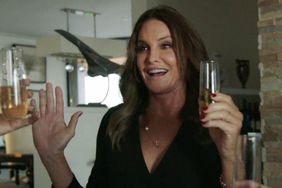 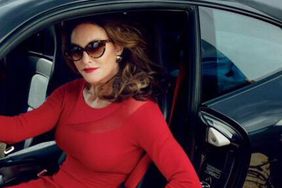 Watch the First Trailer for Caitlyn Jenner's E! Docu-Series, I Am Cait 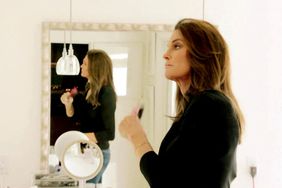 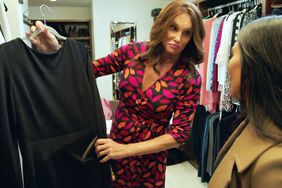 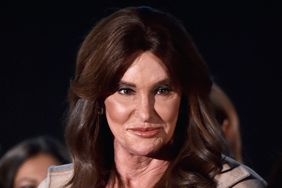 Caitlyn Jenner's Docuseries I Am Cait Renewed for Season 2