Britney Spears Creates Her Own Fashion Week at Home

Who says you can't do fashion week at home?

That's the question that was on pop princess Britney Spears's mind as she took to Instagram to share an impromptu fashion slay sesh with her fans. With Tracy Chapman's "Give Me One Reason" pulsating in the background, the fierce songstress proved that she's a runway natural, strutting her stuff in a red off-the-shoulder mini paired with impossibly high black platform heels.

The clip heated up as the "Circus" hitmaker modeled a series of new outfits, including a cowboy-inspired getup of our fantasies: a pair of the tiniest Daisy Dukes, sexy thigh-high boots, an ab-flaunting white crop top, and, of course, a floppy hat.

Showing off her dancing skills with a series of twirls and hair flips, the 35-year-old looked like she was having a blast. She continued to work the camera in a lace LWD, featuring a sheer midriff panel, and, finally, she finished off her playful routine with a flawless heel kick in the tiniest canary yellow mini.

Proof that Britney Spears Works Out to Her Own Music

It seems as if the models of LFW have officially met their match! 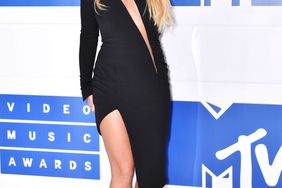 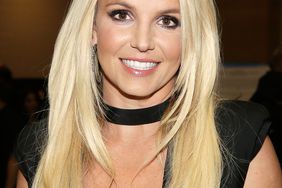 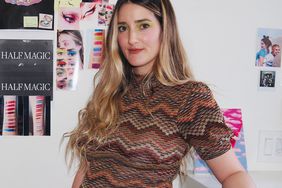