Parisian couture designer Alexandre Vauthier is known for dressing some of the biggest faces in music (Beyoncé has strutted across the stage in his dresses and Rihanna loves his work) and TV (Michelle Dockery is a fan as well as Heidi Klum). Now, he's got a new rising singing star to add to his famous fan club: 28-year-old British R&B crooner Jessie Ware. A well-known name (and voice) amongst fans of electronic-infused soul, Ware has worn the designer on at least two occasions, and professed her love for him to InStyle.com in New York last night. "He did my Mercury Prize dress (far right), which represented my album Devotion [out April 16]. It was the best dress I think I’ve ever worn," Ware told us at Paper magazine's bash celebrating her as its most beautiful person of 2013, where Ware represented her new fashion bestie by wearing a cross-knuckle gold ring by the designer (left). "He’s a wonderful man, lovely man. I like to keep him close by wearing the ring, if I can’t wear the dress all the time." So sweet! Keep an eye out—this is just the beginning of their budding fashion romance.

Plus, see more designers we love! 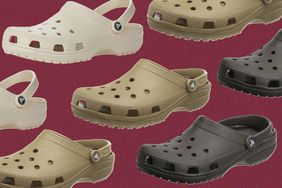