America, being the odd man out when it comes to the whole royalty deal, has a very serious interest in the British monarchy. That being said, we’ve heard things are a tad different abroad, in the country where the royal family actually lives and carries out their duties.

A recent poll from YouGov shows that Brits’ opinions of the royals is really, really different from ours. First off, Meghan Markle is not their favorite. And OK, that’s fair, she’s only been an official family member for six-and-a-half-months. But get this: she isn’t even in the top five! The ranking of the most popular royals places Prince Harry in the no. 1 position with 77% popularity. Just behind Harry at 74% is his grandmother, Queen Elizabeth, followed by Prince William at no. 3 (73%), Kate Middleton at no. 4 (64%), Prince Philip at no. 5 (56%), and (finally!) Meghan Markle at no. 6 (55%). The more-than-likely next ruler of England, Prince Charles, comes in at no. 7 with only 48% favorability.

Unsurprisingly, Princess Eugenie (whose wedding used taxpayer dollars) came in near the bottom of the list with only 24% favorability. Camilla, Duchess of Cornwall, also received low marks, ranking at no. 10 (29%).

Clearly, we think Meghan Markle belongs higher on the list, but we can agree with the Brits on Prince Harry’s standing. Whether trying on speedos, playing with dogs, or joking around with babies, boy really knows the way to our heart.

Congrats, to MY King of England. 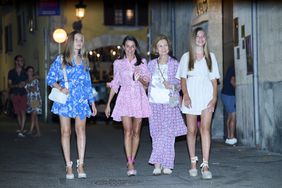 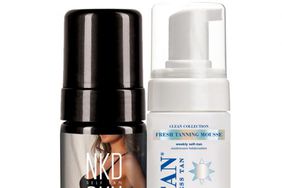