Happy birthday, Brigitte Bardot! The blonde bombshell known the world over for her signature pout and tousled mane turns 82 today.

The French-born pinup star made a name for herself as a sex kitten in the 1950s and 1960s, appearing in countless movies including And God Created Women, the controversial film that catapulted her to stardom. After making a name for herself in the role, Bardot went on to appear in A Very Private Affair, co-star with Sean Connery in Shalako, Contempt, and many more.

After enjoying much success in the entertainment industry, Bardot retired in 1973 to escape from the spotlight as well as to pursue another passion of hers: animal rights activism. She went on to set up the Brigitte Bardot Foundation for the Welfare and Protection of Animals in 1986 and continues to fight for animal rights.

Happy birthday to the style icon, and the original #hairgoals inspiration. In honor of big day, take a look back at Bardot's changing looks through the years. 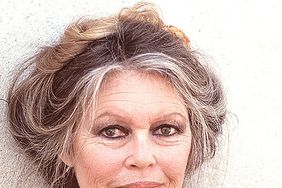