After days of rain in Los Angeles, the sun emerged just as stars like Brad Pitt, Courteney Cox, and more descended upon Malibu for a cause close to their hearts—the 4th Annual Rock4EB, a benefit concert hosted by jewelry and accessories company Alex & Ani.

The sold-out event, held in the backyard of a private estate, raised funds for the Epidermolysis Bullosa Medical Research Foundation (EBMRF), the leading funder of research for EB, a rare and life-threatening skin disease. Those stricken with EB have skin so delicate that even the slightest touch can form blisters, and also suffer from scarring, and disfigurement.

Although pain is a constant for EB sufferers, those in attendance were in high spirits as they mingled with celebs like Pitt and Kaley Cuoco and enjoyed performances by Sting and Chris Cornell. And when slimmed-down Allied star Pitt strolled into the event clad in all black, attendees did double takes, whispering, “Is that Brad Pitt?!”

Meanwhile, Kaley Cuoco, a longtime attendee, enthused to InStyle about the occasion. “The event is unbelievable—the music. We had Ed Sheeran last year, we have Sting this year, and Chris Cornell. It really doesn’t get better than that."

“Once I found out what this disease was, I was shocked, and I realized a lot of people don’t know about it,” she continued. “So, I wanted to start getting the word out.”

Scandal actor Scott Foley, who attended the event with his wife Marika Dominczyk, told InStyle his connection to the charity was personal as well. “A really close friend of mine has a son with EB, and I’m here to support her son.” he said.

Courteney Cox arrived in a black-and-white striped top and jeans with her 12-year-old daughter, Coco Arquette. “This is the charity that’s dearest to my heart," Cox said. There’s only 100,000 cases in America, and that’s just too small for people to be interested, and yet it’s the most important thing. There’s nothing that I wouldn’t do to support them and to bring awareness.”

As the performance portion of the evening kicked off, Zach Galifianakis took the stage and did stand-up, then Cox hit the stage to introduce Sting. “Tonight is really important,” she said. “We’re so lucky to have Sting. I met him when I was 16 years old and here we are 20 years later and he is here,” she added with a laugh. “This means the world to me.”

Courteney Cox's Daughter is All Grown Up

The music legend performed “Message in a Bottle”, then brought out his son Joe Sumner, with whom he went on to have a jam session. (Sting sang “Fields of Gold” and more as Sumner accompanied him on the guitar.)

Soon thereafter, Pitt took the stage and received a round of applause and cheers as he sat next to Sting and introduced Chris Cornell. “I feel like I’m at a talk show,” the actor joked. “Thank you all for coming tonight,” Pitt said, before rock legend Cornell performed "Like a Stone," and "Can't Change Me." 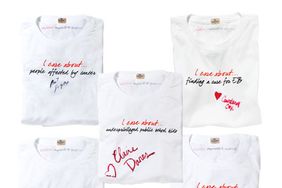 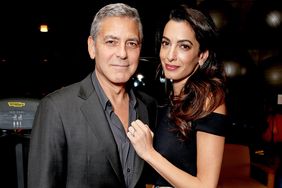