Do blondes really have more fun? We're not sure, but Channing Tatum's new hair makeover is proof that girls like Julianne Moore and Gabrielle Union aren't the only ones who want to find out. The new father was spotted on the set of his upcoming film Jupiter Ascending with blonde hair and a lighter goatee to match. Tatum will be playing the role of Caine, a genetically-engineered military hunter whose human DNA has been spliced with that of a wolf. He is hired as a hitman by the Queen of the Universe, targeting Mila Kunis's character Jupiter Jones. We want to know: What do you think of Channing's new 'do? Tell us! 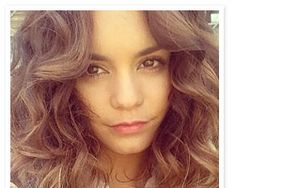 Vanessa Hudgens Goes Blonde—Again! Do You Like Her New Look?