Blake Lively wore another menswear-inspired outfit during her visit to The Tonight Show Starring Jimmy Fallon, but that was to be expected in her glorious press tour for A Simple Favor. What came out of the blue? Lively's admission that her life goals — when she was a teenager, at least — are pretty simple: Marry Ricky Martin and meet all five Spice Girls. While she's out of the running to marry everyone's favorite Latin lover, she got a little closer to the other goal.

Fallon pulled up one of Lively's recent Instagram posts, which showed the actor in pigtails, something that Emma Bunton, aka Baby Spice, rocked pretty frequently. Well, Baby Spice herself commented on the photo (it was posted back in August), telling Lively that she rocked those pigtails. Lively told Fallon that she lost it and devolved into a fit of giggles — but not before commenting back with a slew of skull emoji — as she explained her love of the pop group.

She didn't mention whether or not she's actually working to meet Baby, Sporty, Scary, Ginger, and Posh, but we're betting she'd have a nuclear-level freak-out if she ever had the chance. And honestly, who could blame her?

Of course, Lively isn't the only celebrity to proclaimed their love of the Spice Girls. Meghan Markle and Prince Harry famously invited all of them to their wedding and, naturally, little Harper Beckham is into the group, too. While Markle had the chance to get up close and personal with at least part of the group — Victoria Beckham attended her wedding — and Harper has a certain insider's connection, Lively will have to work at meeting the girl power crew. Here's hoping she gets her chance. 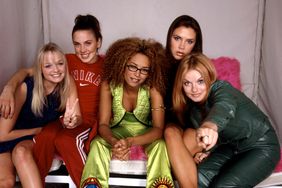 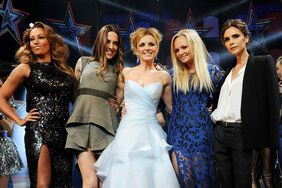 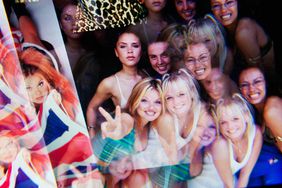 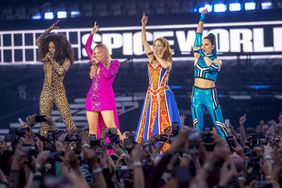