Blake Lively Debuts a Terrifying New Trailer for The Shallows

The debut of Blake Lively's upcoming thriller flick is just weeks away! Before The Shallows hits theaters later this month, though, the actress is giving fans a sneak peek at more of what they can expect via a new trailer she posted on her Instagram page Tuesday.

"SOUND UPP!!! Full video in bio!! "Assume responsibility, know where you are going and make your own decisions." #TheShallows #SaveAShark," she captioned the clip. In it, Lively flashes a yellow bikini top, zips up her rashguard, grabs her surfboard and hits the waves for a day of surfing in a tropical destination. Things take a turn when she catches a huge wave—and the attention of a massive great white shark.

While this is just the latest trailer from The Shallows that Sony Pictures Entertainment has dropped. Lively has been promoting the film for quite some time now, even appearing at Cannes last month to help push the film. In one clip she posted on the 'gram, the mom can be seen striking a pose at the famed film festival as a faux shark fin moves around behind her in the ocean. "Soooo ...no one is concerned that there's a giant shark fin swimming behind me???!! Hmm. #TheShallows," she jokingly wrote alongside it.

The Shallows centers on a surfer named Nancy (Lively) who is attacked by a great white and struggles to make it back to safety before it's too late. The thriller flick hits theaters June 29. 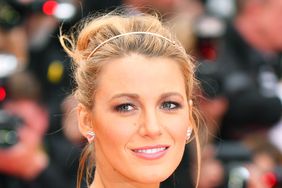 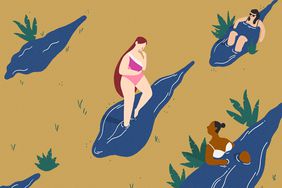 What It Actually Means To Have A "Shallow" Vagina