A Complete Timeline of Blake Lively and Ryan Reynold's Relationship

It involves a lot of love and even more jokes.

While it may feel like golden couple Blake Lively and Ryan Reynolds have been together forever, their story doesn't actually go back to Gossip Girl and Two Guys, a Girl and a Pizza Place.

Pre-online jokes and all the cute babies, the couple met on the set of Green Lantern (talk about a throwback) and the rest is the stuff of fairy-tale history (if you throw in a helping of sarcasm, Photoshop fails, and good-natured ribbing, that is).

They're not officially together, but they're at ComicCon promoting Green Lantern. At this point, things are strictly professional, since Reynolds is still married to Scarlett Johansson and Lively is dating Penn Badgley, her Gossip Girl costar.

Lively and Badgley call it quits. "They're still good friends and hang out on the set," a source told Us Weekly after the breakup.

Reynolds and Johansson file for divorce.

Lively is spotted leaving Reynold's apartment in Boston. Rumors that they are together officially start.

Anyone familiar with the Reynolds classic The Proposal will recognize this: Lively and Reynolds were seen in Vancouver holding hands. She was there to meet the family.

Surprise! Lively and Reynolds get married in a secret ceremony at Boone Hall Plantation in South Carolina, a detail that they are later criticized about for years to come. People reported that Florence Welch performed at the reception and that Lively wore a Marchesa gown.

"When Ryan first saw her, his face broke into a huge smile that crinkled his eyes," a source told People. "They just stared at each other with absolute love. Their faces were lit up with the candlelight, and it looked like something out of a romance movie."

Lively opens up about married life in an interview with Lucky.

"I'm very lucky to be with someone who has better taste than me. We influence each other in different ways," she said. "With film and TV, you don't see the results for months. Building a home, you get immediate gratification."

Things get Met Gala-official when Lively and Reynolds attend the event as a married couple for the very first time.

Things are still great, according to an interview with Vogue. "Everything we do in life, we do together," she said. "I get to share my life with the person he’s become, and we get to grow from there."

Lively talks about the possibility of having children for the first time.

"He's my best, best friend. What do you do with your best friend? You do nothing. If I could spit out a litter of kids, I would," she told Marie Claire. A month later, she makes an official announcement about her pregnancy on her now-defunct website, Preserve.

Baby No. 1 arrives, but nobody is quite sure about it. In what will set a precedent for the couple, few details surface after the baby's birth, including her name.

It wasn't until March that Reynolds revealed her name. "It's James. Everyone knows," he told the Today show. "I didn't want to be the first guy screaming it out to the media, because as we know, little girls turn into teenage girls and little teenage girls sometimes scan through the archives and go, 'Why did you do that?'"

In May, Reynolds shared the very first photo of James. It's her hand.

Another major milestone occurs when the two attend the White House state dinner together.

Rumors about baby No. 2 start to surface after photos of Lively in a wetsuit make the rounds. She's filming The Shallows.

Lively and Reynolds hang out with Taylor Swift and her then-beau Tom Hiddleston.

While the couple is notoriously secretive with their children, both Inez and James are present for Reynolds's Hollywood Walk of Fame star reveal.

"Proud is a pitiful word to describe how I felt today," Lively wrote on Instagram. "@vancityreynolds The permanence of your impact is undeniable ... Always has been, but now we have a fancy [star] to show for it."

Lively gave fans a little insight into her family life:

"My husband and I don't work at the same time, so we all go together as a family," she told People. "If we’re away as a family, it's never more than for a day. We stay together."

The online trolling starts, with the couple trading quips and barbs on each others' Twitter and Instagram posts. It ranges from glue-as-cake-icing pranks to Photoshop masterpieces.

Rumors of divorce start to swirl, but Reynolds shuts them down with his trademark brand of humor.

Taylor Swift surprises the couple with a very special bit of news. The song "Gorgeous" features James's voice. They find out at a Taylor Swift concert and, of course, they can't contain their excitement.

Lively and Reynolds announce that they're expecting a third child at the premiere of Detective Pikachu. 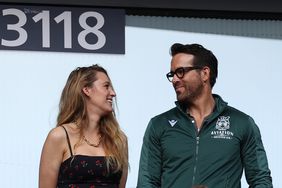 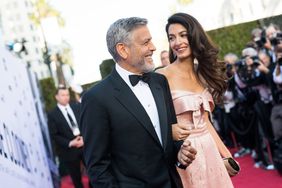 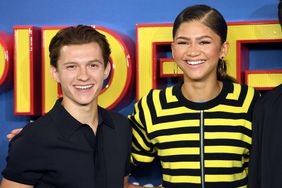