Orlando Bloom turns 38 today! Yep, we can't believe it either. It seems like just yesterday that we spotted the now Broadway veteran, InStyle Man of Style, and father to 4-year-old son Flynn (with model Miranda Kerr), acting alongside Elijah Wood and Ian McKellen in the super-successful Lord of the Rings franchise when the English actor was merely a fresh-faced 21-year-old.

PHOTOS: What We Know About Orlando Bloom, According to His Co-Stars

With over a decade of experience under his belt, it's refreshing to see that the star still stays true to himself. "He doesn't take himself seriously," Evangeline Lilly, his The Hobbit co-star, tells us. "There are a few things worse than working with an actor who does. Orlando is always up for having a laugh." Cheers, Orlando! 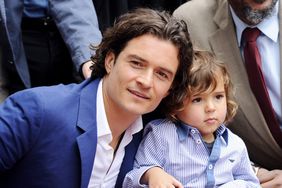