The Oscars haven't even happened yet, but power-couple Beyoncé and Jay Z are already causing a frenzy. The musical duo, who rocked the world with their recent pregnancy announcement, surprised and delighted guests at The Weinstein Company's pre-Oscars party last night when they made a welcome appearance.

Beyonce was positively glowing as she greeted guests at the event, which was held at the Montage Beverly Hills with cocktails on hand by Grey Goose. She wore a form-fitting Nicole Miller dark green dress ($420; nicolemiller.com) with a stack of gem-encrusted bracelets and a statement necklace. The pop star, who recently revealed she is expecting twins, had her hair styled in loose waves around her shoulders for the visit.

VIDEO: The Best Oscars Fashion of All Time

Hubby Jay Z opted for a sharp black suit with a black button-down shirt underneath for a dramatic monochromatic look.

The Weinstein Company, run by Harvey Weinstein, hosted the pre-Oscars bash to celebrate the film Lion, which racked up an impressive six Oscar nominations. According to Page Six, the company is now working on a film adaption of Lin-Manuel Miranda's play "In the Heights," and Jay Z will be a producer for the musical.

Just another thing to look forward to from this amazing couple. 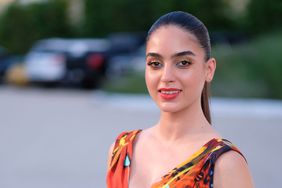 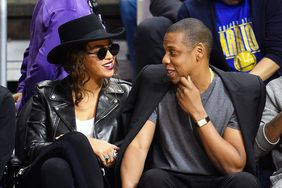 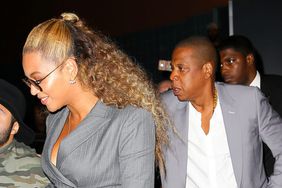