Sorry Coachella goers—this year's festival is going to be a lot less Queen Bey-filled than expected.

Beyoncé, who was set to headline the major music event and is currently expecting twins, has dropped out of the 2017 lineup due to guidance from her doctors. "Following the advice of her doctors to keep a less rigorous schedule in the coming months, Beyonce has made the decision to forgo performing at the 2017 Coachella Valley Music & Arts Festival," a statement shared to Coachella’s Facebook account says.

But, there is a small silver lining. The "Formation" singer will instead headline Coachella in 2018. "However, Goldenvoice and Parkwood are pleased to confirm that she will be a headliner at the 2018 festival," the post continued. "Thank you for your understanding.”

The pregnant star was announced as a headliner back in January, but fans began to speculate about whether or not she would be able to perform when it was revealed weeks later that she and husband Jay Z were set to welcome twins. Earlier this month, Beyoncé gave a killer performance at the 2017 Grammy Awards where she showed off her baby bump in all of its glory.

And while it's a bummer, we're glad that the beautiful mama is putting her health and her babies first. 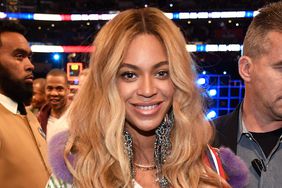