Like it or not, man buns are here to stay.

We, for one, aren’t complaining. As evidenced by everyone from Jared Leto (RIP luscious locks) to Leonardo DiCaprio to the man bun club's newest member Andrew Garfield, the androgynous hairstyle is functional, fashionable, and a lot more versatile than you probably think. Whether you’re in need of warm weather hair inspo or just feel like staring at some long-haired hotties, we bring you the best celebrity man buns below.

Before chopping his long, flowing mane for his role as the Joker in Suicide Squad, Leto was busy proving updos aren’t just for the ladies. At the 2014 Golden Globes, the actor swept his enviable locks into a super-sleek bun, lending loads of inspiration for more formal occasions. The trend spread like wildfire and soon became his signature look.

Congratulations are in order for Garfield—his voluminous locks have officially reached bun territory. For the bun's first outing, the actor chose a simple low twist for a cool and casual vibe.

DiCaprio rarely misses an opportunity to put his bun on full display, whether he’s hanging on a yacht or walking the red carpet. A full, fluffy beard and cap often accompany the style when he's off duty.

If long hair makes you hot and sweaty, take a cue from Harry Styles. The One Direction heartthrob regularly tosses his glorious waves into a perfectly tousled updo (not that we're jealous or anything).

Jake Gyllenhaal proudly joined the man bun club in 2013, proving what we already knew: The actor can pull off any hairstyle (and make us drool) with ease.

A pioneer of the no-fuss style, Victoria Beckham’s other half experimented with man buns during his days on the soccer field.

Though he’s since shorn his shaggy blonde layers, this year’s Sexiest Man Alive is no stranger to a classic chignon. Here's to hoping we see it again soon.

The Best Frizz-Fighting Hair Products to Get You Through Summer

Man buns come in all shapes in sizes—just take it from Collin Farrell. The actor’s edgy undercut left just enough hair for a mini top knot in 2013.

Game of Thrones hottie Kit Harington busts out the man bun whenever he wants to keep his curly tresses in order. From what we've gathered, he prefers the mid-height variation.

Gone are the days of Orlando Bloom's shoulder-length locks, but that wasn't the case at Comic Con in 2014. For the annual event, the Hobbit star slicked his hair into a tiny yet impressive low bun that sat neatly at the nape of his neck.

The father of six showed just how effortless the hairstyle can be when he flipped his silky strands into a loose bun for the 12 Years a Slave premiere at TIFF.

When it comes to beating the muggy weather, Joaquin Phoenix has the right idea. The actor’s low, messy bun will even buy dirty strands an extra day (or two) to boot. 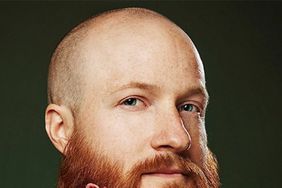 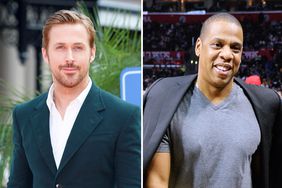 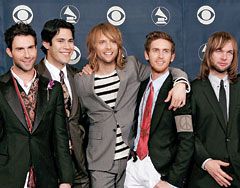