Ben Affleck and Jennifer Garner Have Some Big News

Hours after it was revealed that Jennifer Garner had hired a private judge to preside over her divorce proceedings from Ben Affleck, People confirms that the divorce has been finalized.

The couple began dating in 2004, married in 2005 and had three children together: Violet, 12, Seraphina, 9, and Samuel, 6. Though they officially separated in 2015, it wasn't until 2017 that they officially simultaneously filed for divorce. That said, their proceedings have been a drawn out affair. Back in August, a judge even threatened to dismiss the case due to the long delay.

They have been amicably co-parenting their three children, taking a family vacation to Hawaii last spring and attending a Broadway show in July.

Affleck and Garner officially reached a settlement in late August, finalizing the division of assets and a custody agreement, however TMZ reported at the time that they were waiting until Affleck completed his rehab stay before signing on the dotted line.

It's been a shaky few weeks for Affleck, who checked into a rehab facility last month after a relapse from alcohol addiction. The actor, 46, spoke about his recovery and his 40 day stay at the treatment center in a heartfelt Instagram post on Friday morning. "Battling any addiction is a lifelong and difficult struggle,” he wrote, “Because of that, one is never really in or out of treatment. It is a full-time commitment. I am fighting for myself and my family.” 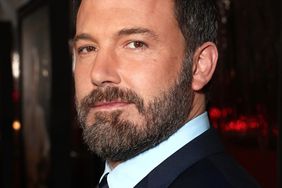 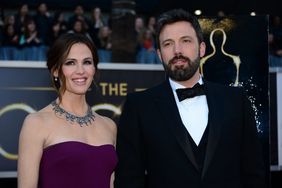