And he doesn't regret that big back tattoo.

It's going to be a big year for Ben Affleck. He has four films set to be released this year (The Way Back, The Last Thing He Wanted, Deep Water, and The Last Duel) and he sat down with the New York Times to talk about he's navigating his life post-Batman, post-divorce, and post-relapse. In the interview, he says that his drinking is what ultimately ended his relationship with his now ex-wife, Jennifer Garner, and that it's still the thing he looks back on with the most regret.

"The biggest regret of my life is this divorce," he said. The Times notes that he uses the present tense to talk about it, so even though it was finalized back in 2018. "It's not particularly healthy for me to obsess over the failures — the relapses — and beat myself up," he added. "I have certainly made mistakes. I have certainly done things that I regret. But you’ve got to pick yourself up, learn from it, learn some more, try to move forward."

He went on to say that he and Garner spoke frankly about his addiction to their children, daughters Violet and Seraphina and son Samuel. Affleck was in rehab in 2001 and 2017 before his most recent stint in 2018. He relapsed in the fall, after announcing that he had been sober for a year.

"Relapse is embarrassing, obviously," he said. "I wish it didn’t happen. I really wish it wasn’t on the internet for my kids to see. Jen and I did our best to address it and be honest."

And about that back tattoo? He said that he doesn't regret it, he just wishes he approached the subject a little differently. After Extra asked him about it, he initially said it was "fake" and for a movie.

"I resented that somebody got a picture of it by spying on me," Affleck said. "It felt invasive. But you're right. I could have said, 'That's none of your business.' I guess I got a kick out of messing with Extra. Is your tattoo real or not real? Of course, it's real! No, I put a fake tattoo on my back and then hid it." 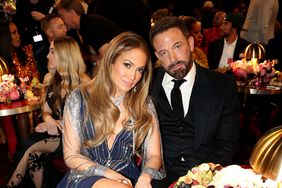 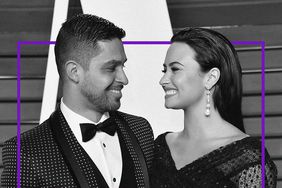 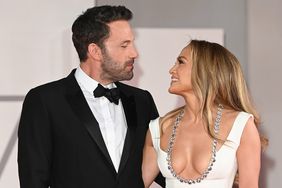