There was a British fashion invasion in Hollywood last night as Burberry staged a "London in Los Angeles" catwalk show at the Griffith Park Observatory. And stealing the limelight in the front row? The whole Beckham clan.

Victoria, David, Brooklyn, Romeo (a Burberry model), and even 3-year-old Harper got cozy alongside stars including January Jones, James Corden, Cara Delevingne, and Suki Waterhouse to take in the runway action.

Of course, for the occasion, the first family of fashion looked sharp all decked out in the fashion house's chicest offerings. Victoria---who celebrates her 41st birthday today---worked the utility trend in a high-slit khaki overall dress. And while her boys were all suited and sneakered, little Harper looked cute as can be in a mini-me trench dress and loafers.

"My kids have got their own thing going on when it comes to fashion, and I let them express themselves," Victoria told InStyle. "They've got good taste!" And dad David seconded that notion: "We wanted to be part of Christopher Bailey's amazing night, and it's great that the kids can come along. They've got their own individual style so we let them do it to a certain point, and then we take over. Of course, I'm their dad so I get a say ... most of the time."

As for 16-year-old Brooklyn---whose first major fashion campaign debuted just last month: He looked more than at home working the room and snapping selfies with stars including Delevingne and Corden. Of course, his mom was on hand to snap the photos of him! 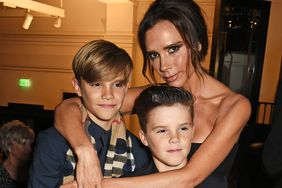 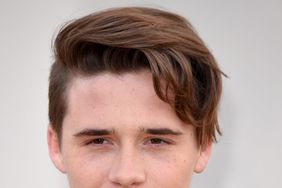 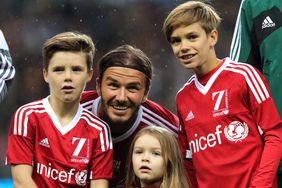 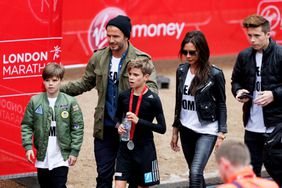 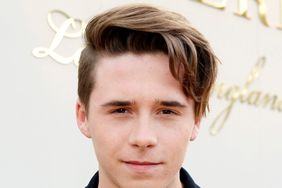 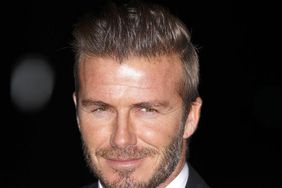 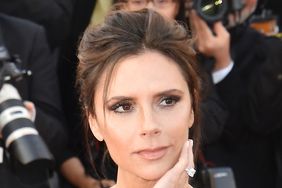 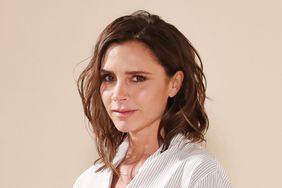 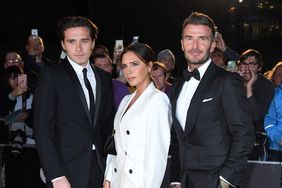 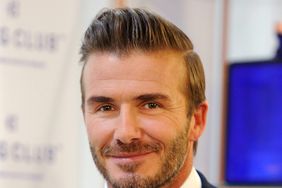