Twitter Got You Down? Well, Barack Obama Just Met with the Dalai Lama

Just when you thought positive tweets didn’t exist anymore, the Dalai Lama swept in to change your minds this Friday.

The 82-year-old’s team took to the social media app to drop a photo of Tibet’s exiled spiritual leader meeting with a celebrity from the political sphere: Barack Obama.

“His Holiness the Dalai Lama meeting with former US President Barack Obama in New Delhi, India on December 1, 2017. (Photo taken by Tenzin Taklha),” the tweet read.

We’re going to give you a moment and let the magnitude of this image sink in before we describe it.

In the shot, Obama—dressed in a business casual suit—looks calm with his hands intertwined and placed gently on his crossed legs. Meanwhile, the spiritual leader is seem is his traditional maroon garb with his hands in motion, clearly speaking about something important.

According to The Hill, the meeting comes after the Dalai Lama expressed concern over Donald Trump, previously saying he worries the U.S. is becoming more “selfish” and “nationalist.”

During his trip to New Delhi, Obama also reportedly offered advice about social media and suggested you “think before you tweet.” Michelle Obama delivered a similar message earlier this week. 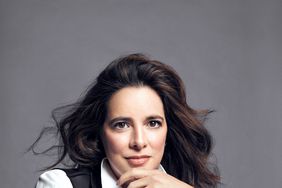