Though Malia Obama has grown up to be a smart, graceful, and gorgeous young lady, it's clear that she'll always be Daddy's little girl. And with a father like President Barack Obama, it's no exaggeration when we say that she's very lucky.

The First Family took to one of their favorite spots to spend the Christmas holiday together: none other than the sunny state of Hawaii, where POTUS was born. On Christmas Eve, they spent the best Saturday ever together: first taking in lunch at the popular Side Street Inn in Honolulu.

After eating and ready for some adventure with full stomachs, the president and daughters Malia and Sasha reportedly took to Breakout Waikiki to master the "live-action escape room" game.

The family then headed to Island Snow in Kailua. There, just when we were sure the Obamas couldn't possibly give us any more adorable moments in 2016, POTUS provided us with several jaw-droppingly sweet photos by feeding Malia some of his dessert.

As he often is, the president was snapped by photographers laughing and smiling with his daughters. The Secret Service were in full force to protect the First Family, but that didn't stop POTUS—kept it casual in flip-flops and a short-sleeve white polo—from speaking to those who had gathered outside of the shop where he shook numerous hands.

Hopefully, the Obamas don't stay out of the spotlight for too long after they leave D.C.! 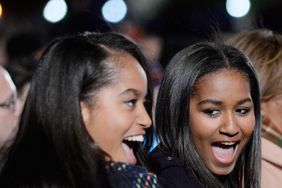 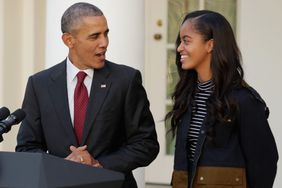