Bachelorette Star Ali Fedotowsky Is Getting a Talk Show!

Bachelorette Ali Fedotowsky has a new TV gig: co-hosting a talk show on Style Network! The series will be similar to The View and will star Fedotowsky alongside actress Vivica A. Fox, and fellow reality stars Adrianne Curry (My Fair Brady!), and Nick Verreos (Project Runway). Sounds like Fedotowsky will be the straight woman to her over-the-top co-hosts! Although the show is still untitled, it promises everything from "exciting in-studio guests to product demos, makeover segments, field segments and a studio audience," according to a press release, posted by Us Magazine. This may not be the only exciting news in the pipeline for Fedotosky: the reality star, who got engaged to Roberto Martinez on the finale of her 2010 run on The Bachelorette, has been dropping hints about her upcoming nuptials. She recently tweeted a photo of her and Martinez at a baseball game, wearing jerseys with the numbers "8" and "21," and captioned the Twitpic "From the future?" Could this mean an August wedding date? 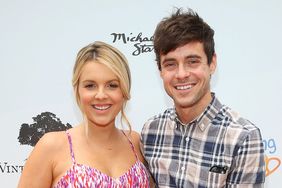