We Should All Treat Dating Like We're On The Bachelorette

Jen Kirsch
Jen is a dating and relationship columnist and expert whose work has appeared in newspapers, magazines and websites in Canada, the U.S., and Australia.
InStyle's editorial guidelines

I’ve always referred to the series as my guilty pleasure, but there’s really nothing to feel guilty about. The thing is, as a relationship expert and columnist, I see the value in this franchise: Through watching it, we can learn how to be our best selves while dating. In fact, I’m pretty sure that if we all dated like we were on The Bachelor or The Bachelorette, we’d have an easier time developing healthy relationships.

Contestants on the show all have a specific end goal: Find one person to spend the rest of your life with. Week after week, they have to eliminate people swiftly and efficiently to get to that final rose, and that means they have to take red flags very seriously. In fact, at the first sign of a trouble, the lead tends to pull the bad seed aside (instead of waiting for the right time, i.e. The Rose Ceremony,) to bring up and communicate their issue, before bidding them adieu after said discussion.

I’ve seen dating and relationship red flags waving in front of my very own eyes – hell, even in front of the eyes of my friends, family and colleagues. Instead of listening to my instinct or the voices or opinions of others and calling things off early on before much of a relationship has developed, I’ve accepted apologies, made excuses, and kept on going, praying it was a one-time thing.

Obviously, there are a lot of factors at play for Bachelor/Bachelorette contestants (including the fact that they are on a reality television show). However, their swift decision making sends a strong message: If you have a bad feeling about someone, don’t let them stick around for too long.

Dating and relationship expert Andrea Syrtash says I’m on to something.

“Whatever you see as a little red flag during the early days of dating is likely to blow up into a bright red one later. Essentially, we need to learn to trust our intuition. If something feels disrespectful or off, listen to that and know you have other options,” Syrtash says.

Bachelorette Becca Kufrin Is Engaged: "I Finally Found My Person"

On the current season of The Bachelorette, Becca Kufrin called out potential suitors for their bad actions, eliminated contestants when they rubbed her the wrong way, and “took a moment” when a contestant’s actions caught her off guard. We saw this when Colton told her he was a virgin, and when Jason, one of the final three contestants commented on "their" one-day house. Instead of reacting, she takes a moment, collects her thoughts, and usually cuts the person who made her spidey senses go off.

In addition to learning to acknowledge those pit-of-your-stomach red flag feelings, there’s another thing The Bachelors and Bachelorettes can teach us: Once you’re done weeding out the bad eggs, make sure the good ones go the extra mile to win you over, including but not limited to grand gestures, coming to visit you, making a scrapbook in your honor, and maybe, if you have the time, a casual trip to Thailand.

Okay, that last example is pretty extreme (and admittedly, so is the show). But Syrtash agrees: You want to find someone who makes you feel special, and do what you can to make them feel special, too.

“On The Bachelor, contestants don’t take it for granted that they’re trying to woo or court a special person,” she says. “It would be nice if we brought this level of interest and excitement to other dates.”

So how can we do that in our own lives, when we’re not surrounded by cameras and lights and rose ceremonies and the promise of potential fame and ABC-funded megadates? It might be as simple as a picnic in a beautiful location. A dinner spot that you or they picked for a specific reason. In other words, out of the box ideas to shake shit up, with people who don’t give you any bad feelings. If we all dated like we were The Bachelor or The Bachelorette, we’d know that we shouldn’t settle. We’d write off those warranting a write-off. We wouldn’t make exceptions for people burned us. We’d cut the duds loose to the cheers of onlookers, and let the dazzling personalities wine and dine us.

You know that expression “dance like no one’s watching?” Perhaps it’s high time we date like everybody is. 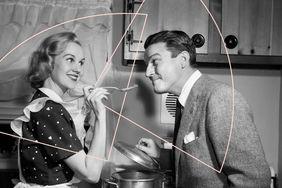