This is What Arie Luyendyk Jr. Thinks of Your Bachelor Fantasy League

If you’re a real, die-hard fan of The Bachelor, the kind that never misses a rose ceremony or Mike Fleiss tweet, chances are you’ve already joined one of Bachelor Nation’s many fantasy leagues.

These days it’s never been easier (or more fun) to up the ante on your Monday night viewing experience by making a friendly little wager based on Arie Luyendyk Jr.’s penchant for brunettes over blondes.

And between ESPN and ABC's official league, Bachelor Bracket, and your own office pool, there are almost as many ways to win big this season as there are girls named Lauren.

But for bachelor Luyendyk Jr., seeing people bet on his happiness has been understandably a little strange. “It’s sort of weird now that I think about it,” Luyendyk Jr. told InStyle when we caught up with him about the current season. “It cracks me up, but at the same time I think it’s cool that people get so into the show.”

Though Luyendyk Jr. says he has never played fantasy sports in his own free time (“I’m not really a ball and stick kind of guy—I like racing”), he does understand the appeal. And as he explained, the rise of the Bachelor fantasy leagues are a testament to how far the show has come since his first stint five years ago on Emily Maynard’s season.

“It’s one of the big differences from when I was on the show before to now,” he said. “Back then, I think people were still playing along with their friends and family but, like, on paper. And now it’s so official! It’s pretty interesting how much bigger everything has become.”

The Bachelor airs Mondays at 8 p.m. ET on ABC. 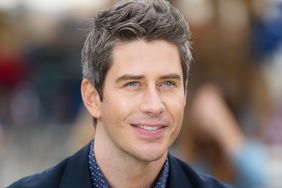