Emma Stone loves Lanvin. The Gangster Squad star wears the label's designs regularly—all of which are created by artistic director Alber Elbaz—and last night's Los Angeles premiere for the film was no exception. The star donned a vivid red dress from the designer's Pre-Fall 2013 collection, which just premiered in New York yesterday. "The dress hadn’t even shown on the runway—it was literally showing on the runway at the exact time of the premiere," Stone's makeup artist, Rachel Goodwin, told InStyle.com. "It was a specially-made piece, and Alber put so much heart into it. She has such a great relationship with him, and it was a really wonderful piece. It rides that line between sweet and super-fashionable." She finished the look with Lanvin jewelry as well. We love the entire ensemble, too—so much that it was our top pick for today's Look of the Day. 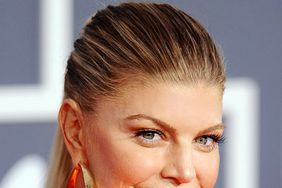