Ariana Grande Recreated Mean Girls as a Tween and It's Precious

Apparently we’re not the only ones who know every single line of Mean Girls.

“On Wednesdays, we wear pink.”

“She doesn’t even go here!”

“Get in, loser. We’re going shopping!”

That’s right. Just like we still are, Ariana Grande and her teenage friends couldn’t help but obsess over the film three years after its 2004 release. In a video posted on her YouTube channel in 2007 (throwback!), the Dangerous Woman singer and her teenage pals take on some of the movie’s most unforgettable scenes. “This is the oldest video ever! Omg we were so little! And we fell asleep before we could finish it … lol” Grande wrote as the caption.

We expected Grande to take on the lead role of Cady Heron portrayed by Lindsay Lohan, but instead, she nailed line after line as several supporting characters in the movie. She portrays one of Heron’s parents. She portrays Tina Fey’s Ms. Norbury. That mean German teacher. And one of the “weirdly religious” homeschooled kids.

Naturally, Grande, who was 13 when the video was uploaded, proves to be quite the budding actress across each clip. Could this have been what landed her leading roles in TV shows like Nickelodeon’s Sam & Cat? It couldn’t have hurt.

In addition, Buzzfeed also points out a hilarious video of Grande and her squad lip-syncing to Christina Aguilera’s “Ain’t No Other Man.”

Watch the full Mean Girls recreation above and prepare to LOL. 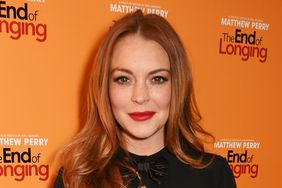