Ariana Grande posted an Instagram tribute to her ex-boyfriend Mac Miller after his death, but the black-and-white photo didn't have a caption, so it was tough for her followers to understand exactly what she was going through. According to People, Ariana is "distraught" after Miller's death and that she's still coming to terms with it.

"She completely broke down after she found out about Mac," a source told People. "She can’t believe he isn’t here anymore. He was such a special person to her. She is very, very sad. […] This is a nightmare for her."

Grande disabled comments on her Instagram before posting the snapshot, perhaps hoping to keep critics from voicing their objections. People notes that before she posted the image, some people had taken to social media and blamed her for Miller's death.

Miller and Grande broke up in April after two years. Before they went public with their relationship, they'd worked together on one of Grande's breakout hits, "The Way," back in 2013. During and after their volatile relationship, Grande faced harsh criticism from Miller's fans. After the rapper relapsed in May, Grande said that the two were in a "toxic" relationship.

"I am not a babysitter or a mother and no woman should feel that they need to be. I have cared for him and tried to support his sobriety & prayed for his balance for years (and always will of course) but shaming / blaming women for a man’s inability to keep his s— together is a very major problem," she said at the time.

Grande hasn't released any official statement following Miller's death. Shane Powers, one of Miller's close friends, said that Grande was a positive influence and helped Miller during his struggles with sobriety, hoping to shut down anyone who thinks she's to blame. 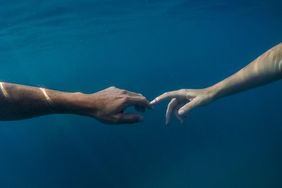 What It's Actually Like to Break Up With an Addict 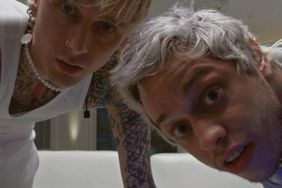