Ansel Elgort isn’t looking to catch the attention of a mob of paparazzi. In fact, if it were up to him, the 22-year-old The Fault in Our Stars actor would prefer to exit through the backdoor and keep it cool. “I like to not be noticed. I like to look like a regular guy. I take the subway everywhere,” the Brooklynite told InStyle Wednesday night at the opening of Canada Goose’s U.S. flagship, where he charmingly dished on his love of the brand and what it’s like to be a celebrity.

“It’s in your power to be anonymous and I think that, especially through fashion, there’s a way to,” he told us, explaining that when it’s time to shut off the glamour that comes with flashing lights, he’s just a jeans-and-a-tee kind of guy. Elgort also classifies his ensemble in twos, sometimes channeling old Hollywood, and other times taking on a musical approach.

“If you notice what I wore to the Met Ball or to the Oscars is very different than what I wore to the VMAs,” he added. “I like to dress, sometimes, very classic, and I love guys like Marlon Brandon or Paul Newman. What would they wear? Very classy guys with a classic tuxedo, Tom Ford. And then I wore Dior runway stuff that was a little more over-the-top for the VMAs.”

For Elgort, fall is the best time to look good. “I feel like I can be functional and fashionable at the same time. It’s easier because you can wear layers and be warm, but also look good,” he said.

RELATED: Go Behind the Scenes with Man of Style Ansel Elgort

As for why he loves Canada Goose, it all goes back to practicality. “That’s always very nice in fashion, when you have something you feel you can wear out of your house to the deli in the morning to get a bacon, egg, and cheese, as well as something that then you could wear over a suit,” he added. “I feel like I can feel like celebrity Ansel and I can also feel like regular Ansel.” 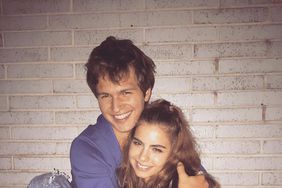