Just when we thought the Pitch Perfect franchise was one of the few that celebrated diverse voices and people of all shapes and sizes in Hollywood, Anna Kendrick opened up to reveal the truth.

In an interview with Harper’s Bazaar UK, the 32-year-old actress shared that the feedback she was given on Pitch Perfect 3 called for her to look a certain way.

“It’s funny—whenever we do the wardrobe fittings I feel like we get notes from the top saying they should be tighter and sexier and show more skin,” she said. “And I’m like, that’s not why people are coming to see the movie. They definitely aren’t showing up because of our sex appeal.”

She continued, “It’s nice that audiences are interested in seeing a movie of misfits and girls of different shapes and sizes.”

Kendrick also opened up about the sexual harassment stories of working women in Hollywood that continue to surface. “I spoke to friends the other day, one who works in tech, and one who works in marketing, and I said, I’m so glad this is happening and I hope it continues to happen in industries that are less visible, that isn’t just Hollywood and politics,” she said, "And that when women report it in any industry, they are believed.” 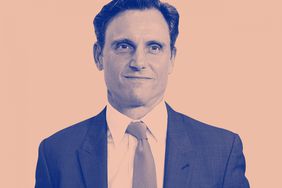