And discussed why she didn't initially trust her gut feeling that her partner was unfaithful.

Anna Faris is opening up about an ex who she says cheated on her.

On an episode of her podcast, Anna Faris Is Unqualified, she and guest Kat Von D had a candid conversation about cheating exes, and Faris recalled a time when an unnamed past partner was unfaithful.

"I remember suspecting an ex of cheating on me. I woke him up in the middle of the night, and I was like, 'Are you f—ing so-and-so?' And he was like, 'You're crazy,'" she recalled. "And I'm pretty oblivious sometimes, you know, especially in relationships. Of course I don't want to believe that anything [is going on]. But there was that gut feeling that was starting to grow more and more."

She added that she eventually confirmed through friends years later that the ex in question was indeed cheating on her.

"I do think as women, we're sort of taught to suppress fear or suspicion because we might be deemed as suspicious or neurotic or crazy or whatever," she said. "So I think that in my case I was like, 'OK, maybe he's right. Maybe I am crazy.'"

Faris and her ex-husband Chris Pratt split in 2017 after eight years of marriage, and prior to their relationship, Faris was married to actor Ben Indra for four years.

She's currently dating cinematographer Michael Barrett, who she met while working on the 2018 film Overboard. Though she sparked engagement rumors last month when she was spotted wearing a ring, Faris has previously said after her split with Pratt that she's not necessarily rushing to get married again.

"I am a romantic," she said during an interview last year. "I believe in partnership. I believe in companionship. I just don't know if I believe in a ceremony of a wedding necessarily." 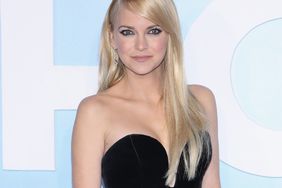