Remember When Amal Clooney Brilliantly Shut Down a Reporter's Question About Her Courtroom Style?

We'll say it loud for the people in the back: Amal Clooney is one of the most influential human rights lawyers in the world. To be quite honest, her marriage to one of Hollywood’s biggest movie stars, George Clooney, and her impeccable closet are just the icing on the cake.

But despite the impressive work that she does regularly defending individuals from injustices such as genocide and apartheid, it appears that the public’s fascination with her wardrobe seems to follow the 40-year-old wherever she goes, be it the red carpet or the courtroom. Such was the case when back in 2015, when, while appearing before the European Court of Human Rights for a case against Turkish politician Doğu Perinçek over his denial of the 1915 Armenian genocide, Clooney was bombarded with the age-old question: Who are you wearing?

According to The Telegraph, the question from their reporter, Bruno Waterfield, garnered a laugh from the lawyer, who then pointed at her robes before responding, “I’m wearing Ede & Ravenscroft.” (For those unfamiliar with the label, per their website, Ede & Ravenscroft is one of the oldest tailors in London, known for producing high-quality ceremonial robes for royal and legal clients alike.)

Given Clooney’s status as a style icon, it’s not uncommon for questions regarding her fashion choices to follow her in the workplace. Though as her response to the situation proves, she knows how to handle these ordeals and bring the conversation back to the issues that truly matter.

Clooney, who’s spent the last 17 years pursuing human rights, spoke to The Today Showin 2016 about using her newfound fame to bring attention to her career.

“I think it’s wonderful celebrities would choose to spend their time or energy or the spotlight that they have to raise awareness about their causes,” she said. “I don’t really see myself in the same way because I’m still doing the same job that I used to do before. So if there’s more attention paid, for whatever reason, to that, then I think that’s good.” 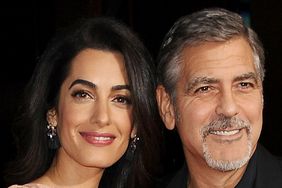 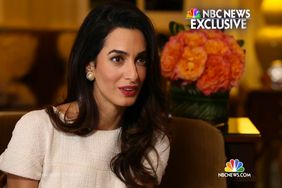