Aly Raisman’s sexual assaulter Larry Nassar will die in prison for his convicted crimes, but the Olympic gymnast isn’t stopping there. On Wednesday, Raisman filed lawsuits against the U.S. Olympic Committee and USA Gymnastics over her years of sexual abuse.

After months of urging the USOC and USA Gymnastics to investigate how Nassar’s abuse was allowed to continue for so long, the gymnast is now taking them to court and claims they “knew or should have known” about the disgraced former national team doctor’s behavior.

In the suit, Raisman alleges that Nassar assaulted her several times between 2010 and 2015, including during the 2012 Olympics. Her Olympic teammates Simone Biles, Gabby Douglas, and McKayla Maroney have also accused Nassar of sexual abuse, and Maroney has sued the USOC and USA Gymnastics as well.

“I refuse to wait any longer for these organizations to do the right thing,” Raisman said in a statement, according to Time. “It is my hope that the legal process will hold them accountable and enable the change that is so desperately needed.”

“It has become painfully clear that these organizations have no intention of properly addressing this problem,” she added. “After all this time, they remain unwilling to conduct a full investigation, and without a solid understanding of how this happened, it is delusional to think sufficient changes and be implemented.”

Nassar worked for USA Gymnastics until he was fired in 2015 for complaints about his behavior. He continued to work at Michigan State University until the fall of 2016, when he was officially charged. Raisman's lawsuit alleges USA Gymnastics and the USOC broke their mandates to protect children by not revealing Nassar’s misconduct to athletes or their guardians.

The disgraced doctor is currently serving a 60-year federal prison term for child pornography, and he’s received 10 sexual assault convictions in Michigan. He’s awaiting sentencing for the crimes and will face a 40- to 175-year sentence on top of his current prison time. 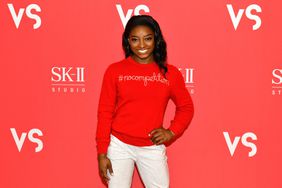 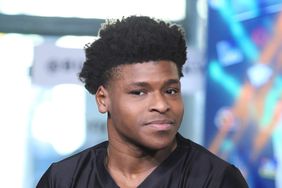